Ever wondered how tech giants use event technology at their events? Here is what Google did at I/O and how it can impact the event industry. 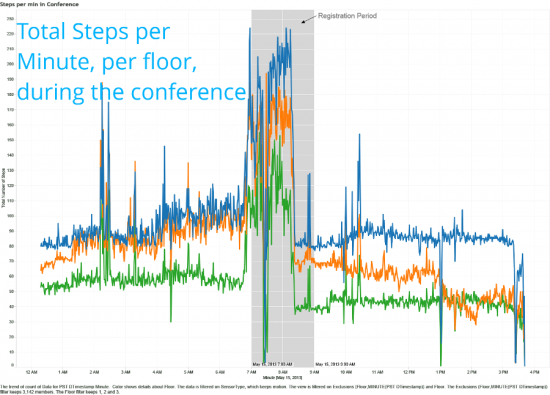 During I/O, the annual developer conference, Google made several announcements that are set to have an impact on how we use technology at events.

On top of that, the conference was the playground for some interesting event tech applications that will surely catch the attention of those working with large events.

But let’s have a look at the future of event tech, Google’s way.

Google Glass is the gadget of the moment.

There are already plenty of applications popping up all over the place for this incredible pair of glasses.

We are borderline fad here and you know how I hate talking about the latest thing of the moment. At the same time I am amazed by the the numerous applications of Google Glass at events.

Above all, I can think of two main applications: ticketing and livestreaming.

Event staff could immediately scan event tickets by wearing Glass or attendees could scan an intelligent code to get clearance. The technology is so event friendly that I anticipate lots of cool apps in this space.

Secondly livestreaming is, as Sam Sheffer of The Verge explains, the most logic use of Glass thanks to hangout integration. See it in action:

There are a number of issues with the use of Glass at events. I really like how Thundertix summed them up at their blog.

As an aficionado reader, you know there are plenty of ways to live stream on Youtube.

This was until I/O, when Google announced that YouTube Live will be available to all Partners in good standing.

This is quite massive. If you’ve been a regular YouTube user and gained the Partner status you will be able to stream events live.

The Internet of Things is a technology trend of last year that has had little impact so far on events.

Google is at the forefront of IOT innovation and they displayed a practical application of it during I/O.

RWW confirms the use of Arduino powered environmental sensors during the conference.

Google planted 525 powered sensors around the halls of San Francisco’s Moscone Convention Center, and began collecting data from them on Wednesday, according to Michael Manoochehri, a developer programs engineer at Google.

The company began measuring temperature, humidity, light, pressure (including nearby footfalls), motion, air quality and both RF and ambient noise. All of the data is sent back at intervals of 20 seconds or so, collected by Google’s App Engine, with analysis performed by its BigQuery Big Data analysis tool. You can see the results at the Lab’s dedicated Web site.

Crowd management and control is one of the most delicate issues in the industry. It looks like this technology could provide real time data to understand how the crowd is moving during the event.

There is yet again substantial controversy on how this could impact privacy.

It is surely interesting to look at the big news that Google introduced at their latest developer conference.

While some of the discussed tech probably won’t make an event near you anytime soon, some other announcements will have an immediate impact on how you execute your event.

Surely ignoring Google’s moves may be a bit of a risky strategy, so let’s keep an eye on them.