Wynn Resorts CEO Matt Maddox shared his vision for a faster return to events, including doubling down on testing with an onsite lab. Will it help with the return to large meetings?

Las Vegas is getting serious about getting back to events. After the news of Governor Steve Sisolak allowing conventions of up to 1,000 attendees, Wynn Resorts CEO Matt Maddox just announced in an op-ed in a local newspaper the vision for a faster come back to events. In the original op-ed, Maddox discusses how the impossibility to host mass gatherings is affecting the perception of Vegas:

“[…] many of the city’s unique and fun experiences are not operating at all because they are mass gatherings.  Our elected officials are rightly focused on keeping people safe. I’m happy to see the progress moving the mass gathering limit to 250 but hoping our government alone will also solve getting Las Vegas back on track is not viable. Hope, as the saying goes, is not a strategy. Instead, community leaders must present science-based options that advance our broader goals to reignite our city. “ 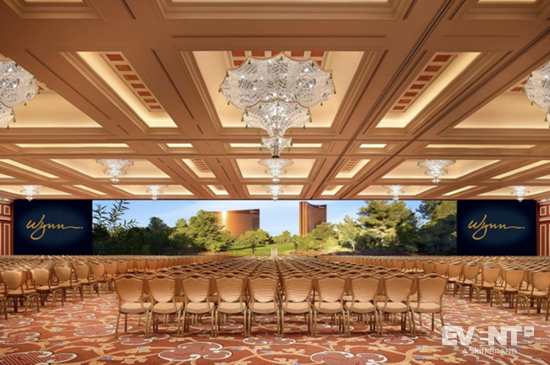 To solve the issue, Wynn Resorts has been working with University Medical Center, Georgetown University, and leading labs in California and New York to study rapid testing and the potential to apply it to large gatherings.

“The progress in rapid testing has been incredible to witness, and we are now in the process of building an onsite lab with UMC at Wynn Las Vegas to deploy thousands of accurate, rapid tests daily at a fraction of the current cost.”

As per the op-ed, this is the more effective PCR technology-based test, and it will be deployed before Thanksgiving.

How does it work?

“Imagine the following: Lionel Richie is playing at the Encore Theater at 7 p.m. Between 12 p.m. and 4 p.m. that day, you and your friends each provide a saliva sample at our on-property testing centers.

The barcodes are scanned, and you download the free UMC app and go about your day.

All the information is hosted by UMC, and the data is private.  When the test results come back at 6pm, a negative test triggers a green light on the app, and you can attend the show. And because the same process will apply, you can also head into a securely populated convention the following morning.”

Wynn relies upon the logic that if someone becomes positive after a negative test result, it takes 48 hours to spread the virus.

Wynn Resorts acknowledges that this is not a 100% safe strategy, but then again, “nothing in life is 100% safe.”

Undoubtedly the perceived risk of attending is lowered if testing is in place.

We have discussed the idea of creating bubbles and implementing rapid test technology for months now.

We have also learned that there are challenges associated with implementing testing at events.

We also have analyzed how increasingly more events are thinking of testing to provide a safe space for attendees to meet.

If you combine that effort with the recent attempt of some airlines to begin testing programs, it looks like the idea of safe corridors where someone could travel back to destinations cities such as Las Vegas could become a reality soon.

One thing for sure is that the Wynn Resorts’ announcement is redefining the standard of meeting space selection for events. With safety being the number one priority of events, venues with concrete safety protocols will be preferred.