Events are more than projects. They are catalysts of strong emotions. A universal truth about events is that things don’t always go as planned. This is a post that will make you laugh and cringe and will make you think about how events change our lives every day. Whenever we plan an event we have a mental image of how things are going to unfold. The more you make things adhere to that mental image, the better the outcome of the event.

Yet sometimes our train of plans derails. The result can be extremely positive or extremely negative.

The following are 10 event stories that went completely off the chart. The results will be surprising and you will surely learn from some of it. 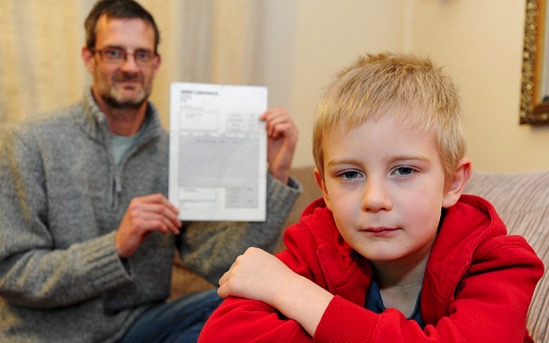 If you are a parent, you will undeniably know the importance of birthdays when your kids are young. The average spend for venue hire for children parties is now $370 says IAAPA. If you add up props, rentals, characters, F&B, you end up with quite a sized market and a big bill for families.

Enter Ms Lawrence, who invoiced (with a proper invoice) for $20 the little Alex Nash for not showing up to her son’s bash. According to Ms Lawrence, the boy or his family could have called or advised.

I am not sure whether the story is more hilarious or scary, but you can read it here.

There are definitely better ways to manage no-shows and Ms. Lawrence should take note.

Not Enough Water to Run

Planning sporting events with thousand of participants is no easy task. The amount of people involved creates an enough variables to make even the most seasoned event professional freak out.

Yet calling a marathon off because there is not enough water supply, is just chaos.

The situation could have escalated very quickly. Participants kept running as they did not know what was going on. Onlookers started bringing emergency water to poor strained runners. Mayhem.

Insecure Security or the Risks of Being Ridiculously Good-looking

Speaking about marathons, everything was going as planned at the Chongqing (China) marathon until a group of female participants spotted a security officer who resembled a famous Hong Kong actor.

All of a sudden the marathon lost its interest in favour of taking pictures and selfies with the handsome man in uniform. To the stage where the situation escalated and the poor officer had to be escorted out by armed policemen. 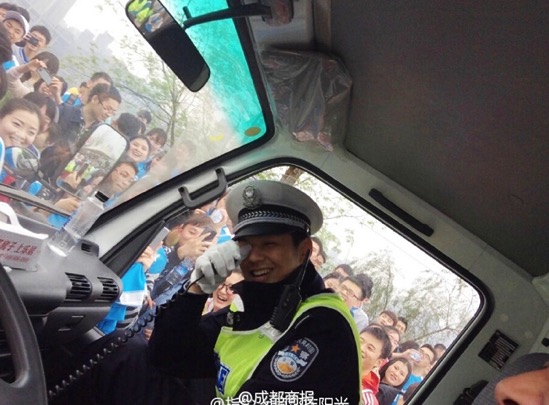 No, my dear event planner friend, despite the officer was causing quite a stir in the province, you could have not anticipated that!

This was probably one they could have seen coming.

The following video features the NSA chief talking at ‘Skeptical Hacker Conference’ (actual name of the event). You can already see where I am going here. The two don’t really match.

Credit to the guy for how he handled the situation. It could have escalated very quickly.

Owning Morons: How Mackenzie and Glenn Got Their Revenge.

Mackenzie and Glenn have two things in common, both suffer from a disease and both wanted to celebrate birthdays with their friends.

It’s actually three things in common as they are super cool kids. Wait, it’s four. Both have moron friends, or better, friends and friends’ families that did not RSVP to their birthday. As in, zero RSVPs.

Thank lord they have five things in common, amazing mums who turned to social media to express their anger. The Internet can be an awesome place and the outcome was amazing.

Mackenzie had 600 attendees RSVPing on Facebook, creating personalised banners, bringing presents and also an Elsa impersonator, a treat a 10 years old’s birthday party can’t do without.

Mackenzie’s Birthday party is full of SO many awesome people!!!! #HappyBirthdayMackenzie #Shakopee pic.twitter.com/OtMaE45aoq

Glenn was definitely surprised when he found a real firefighter truck and the local police showing up in his backyard to celebrate. As a bonus he also received his personal helicopter flyover.

Life can be a b*#^c, but nothing feels as good as owning morons.

RSVP or Maybe Not!

Alyssa Pearce is 23 and is studying for a PHD in Applied Linguistics in Australia and is getting married. When preparing invites for the event, she ‘customised’ the one addressed to her parents.

So my narcissistic parents abused me for 16 years before I ran away from home. Now they're trying to bully their way (via family, they haven't bothered to speak to me personally) into getting an invitation to my wedding. There was really only one way to respond.

Alyssa had the guts to speak up. If the event is about you, you have to enjoy it. The attendee list will make it or break it so be brave and don’t invite everyone just because it is expected you do.

Rooting For Your Team. Redefined.

Sports can make people go wild. Some of the most incredible collective tragedies (especially in Europe) revolve around fans out of control at sporting events. This is why we study security modules at event management courses.

The rules were changed at a high school basketball match, where two students of the home team organised a cheering section, signs and cheerleader for their OPPONENTS.

The video below will inspire you.

Changing the rules of the game can lead to incredible results.

Whenever CEOs are keynote and attendees are subordinates, great things can happen. Or lame things, actually.

The video below is by a constant presence in my presentations whenever I talk about innovation in events (as a-not-always positive example), Steve Ballmer.

I actually like the guy. He’s definitely got charisma. I can equally picture the face of the event planner, when they saw him going on stage with this opening at a Microsoft event.

Memorable quote of the day: “Give it up for me!!!”. Somebody should read this.

Easter egg hunts are fun events. They are that type of stress free events that you don’t plan much. There are few things to take care off. Eggs, cake, prizes.

I recently attended one in the US and nothing could be more inaccurate than the above. Egg hunts can quickly turn into mayhem. Never underestimate the power of competition and sugar combined.

The problem at the Sacramento Egg Hunt was actually PARENTS starting to push toddlers around to make their way and collect as many eggs as possible.

There is no such thing as ‘enough planning’.

The Event That Could Not Take Place

Some events are iconic. They are undeniable part of our memory. They build our personality, they are our life’s milestones.

If I say ‘being walked down the aisle”, you immediately understand what I am talking about and what specific time of a specific event I am referring to.

Charlie Kwentus has had a brain tumour for several years. He stopped treatment and decided to spend quality time together for the latest months of his life. One of his two (13 and 9 year old) daughters mentioned that he was not going to be able to walk them down the aisle at their wedding.

Thanks to a charity, Annie’s Hope, an event was put together where the two daughters could enjoy a special dinner and a father-daughter dance. Here’s the story (get hold of some kleenex).

Sometimes events don’t go as planned, but they can still move us and change our life.

I know you probably turn to EventMB to learn about innovation, trends and technology in the event industry, but it is equally important to remember why we work in this industry and why it is so special.

Sometimes things don’t go as planned, we can learn from that, we can hope it never happens again or actually the unplanned result can be even better that what we figured.

One thing for sure, it’s good to be #eventprofs. 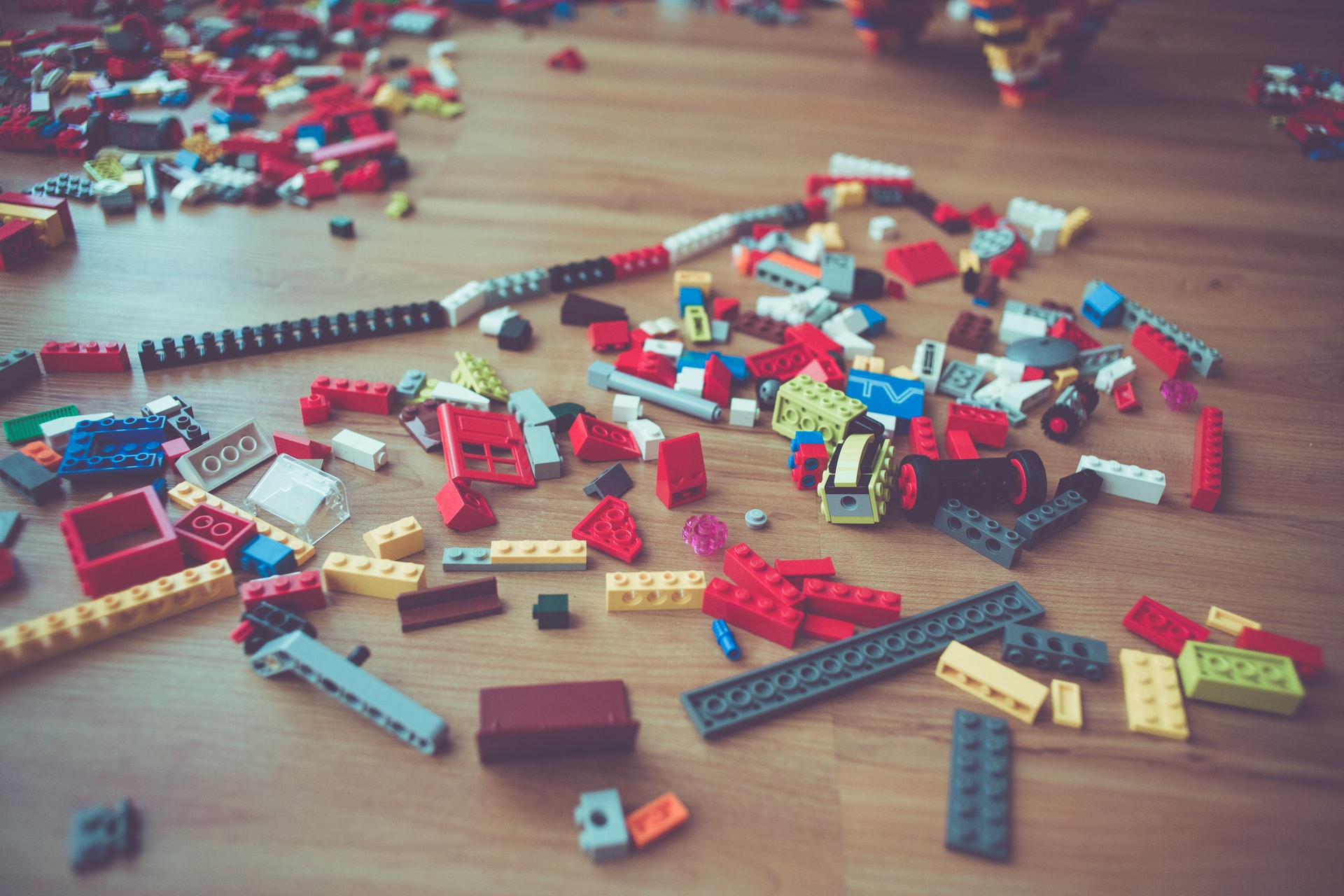