When you approach someone to sponsor or exhibit at your trade show, one of the first questions they’ll probably ask is in regards to the demographic and foot traffic on your show floor. Foot traffic is also how they will measure their own success in deciding whether they come back again or if they play a larger role in your show next time around. If there’s lots of foot traffic, even if they don’t get a lot of it, they may give your event another chance. But if they don’t see the traffic, they won’t waste their time.

Accurately measuring your traffic is important to exhibitors and sponsors as well as the trade show host. Hand counters at the entrances and relying on ticket check ins and ticket sales on site only gives a guide or estimate, particularly if you have multiple ticket options. So how can you do it accurately when you have so many other things going on? With technology, of course. And best of all, these options don’t require a lot of staff.

Smart mats can measure traffic for very low energy. You can measure any size area and you can lease or buy the technology. The tech is unobtrusive and allows you to react to trade show needs in real time. You can even ascertain which displays receive the most traffic. Other stats are trackable as well with the smart mats including:

Con: You can only measure where you have a mat.

There’s technology out there that can read and track individual smart devices (if they have WiFi enabled). Sensors can pick up attendee movement (even discounting staff and vendors’ signals through an advanced algorithm). That information can then be graphically depicted through a heat map.

Con: The attendees need a smartphone that is not in airplane mode to get an accurate read on the crowd.

Additional pro: The heat map can also tell planners more than just numbers and traffic flow. Heat maps can give insight into how long someone stays in a general area, thus tracking interests. The data can be analyzed hour-by-hour to see how traffic progressed and changed at different hours of the exhibit. It also helps event planners know what areas are the most valuable because they draw the most attention. With data on traffic patterns, it’s easy to create “prized” areas that could command larger sponsorship or exhibitors’ dollars.

A fun way to measure attendance on the showroom floor is to use badge scanner kiosks that give people points for scanning their badge and checking in. It drives traffic because the gamification aspect and leader board encourage people to visit the kiosks. At the same time, it gives you a count of who’s there and what areas on the floor they’re accessing.Some kiosks even offer selfie/camera options so that you can take a pic as you earn those points. Goodyear used this idea at their 2015 dealer conference with great success.

Con: You’re relying on people to “play.” If they don’t check-in at the readers, your count won’t be accurate.

Additional pro: You could easily redirect flow out of a crowded area by moving check-in spots.

These items have become very popular at events and resorts alike. With wearables (and they come in all shapes and sizes – from medallions to a watch-like band), you can track who is where, when, as well as monitor how many attendees are in a room. Unobtrusive scanners can detect people through sensors as they pass. You can also use RFID technology in name badges to accomplish the same thing.

Con: attendees have to wear them or remember to keep them on them

Additional pro: they can be branded to something in keeping with the type of exhibition or trade show like a “coin” at an antique coin dealer’s show. With wearables, you needn’t rely on smartphones.

Beacons are somewhat an extension of wearables and apps because they emit the signal, which the wearable or smartphone app picks up. You can use them to get an idea of how many people are in a given space as long as you pair them with an app or a wearable device.

Con: a beacon needs a receiver so you need to use additional tech such as a wearable or smartphone.

Additional pro:However, as a side note, beacons can do more than simply give you an attendee count. They can broadcast messages based on where the attendees are, like welcoming them to the tradeshow floor and letting them know when lunch is available and how close it is to them. This information is not only helpful, it can assist event planners by “suggesting” the attendee move to a less crowded area. It’s easy to help control flow with messaging. Levis Stadium, home of the San Francisco 49ers, recently employed the tech and now it’s simple to find the shortest line to the bathroom or the brats.

There’s also an option to use a spherical, 360-degree camera that captures all areas of the trade show floor at the same time. From those shots, an image analyst can estimate crowd size using a grid method similar to the one used below with drones.

Cons: You need an image analyst, software that can do it, or a very patient staffer.

Undoubtedly the most labor intensive of the options, you can use drones to take pictures and then perform an estimated headcount based on people per 100ft x 100ft. This process is best used on large areas and events and it is often referred to as the grid method. Herbert Jacobs derived the grid method as a journalism professor at Berkeley. He found in a light crowd there’s roughly 1 person for every 10 square feet and in a dense crowd that drops to about 4.5 feet, at least in the US.

Giving trade show organizers, sponsors, and vendors accurate traffic information is the difference between their continued investment and looking somewhere else to spend their marketing dollars. As important as those counts are, there’s no reason to tie up a lot of staff time on them. Instead, opt for technological solutions that can streamline the task and provide for excellent accuracy.

Nick Borelli, an event technologist and educator, has been working in the tech space since he was 14. Over the years Borelli’s tech and hospitality experiences continued to merge as he worked in freelance web design for the bridal market. This led to him recognizing the overlap between the online and in-person event spaces in regards […] 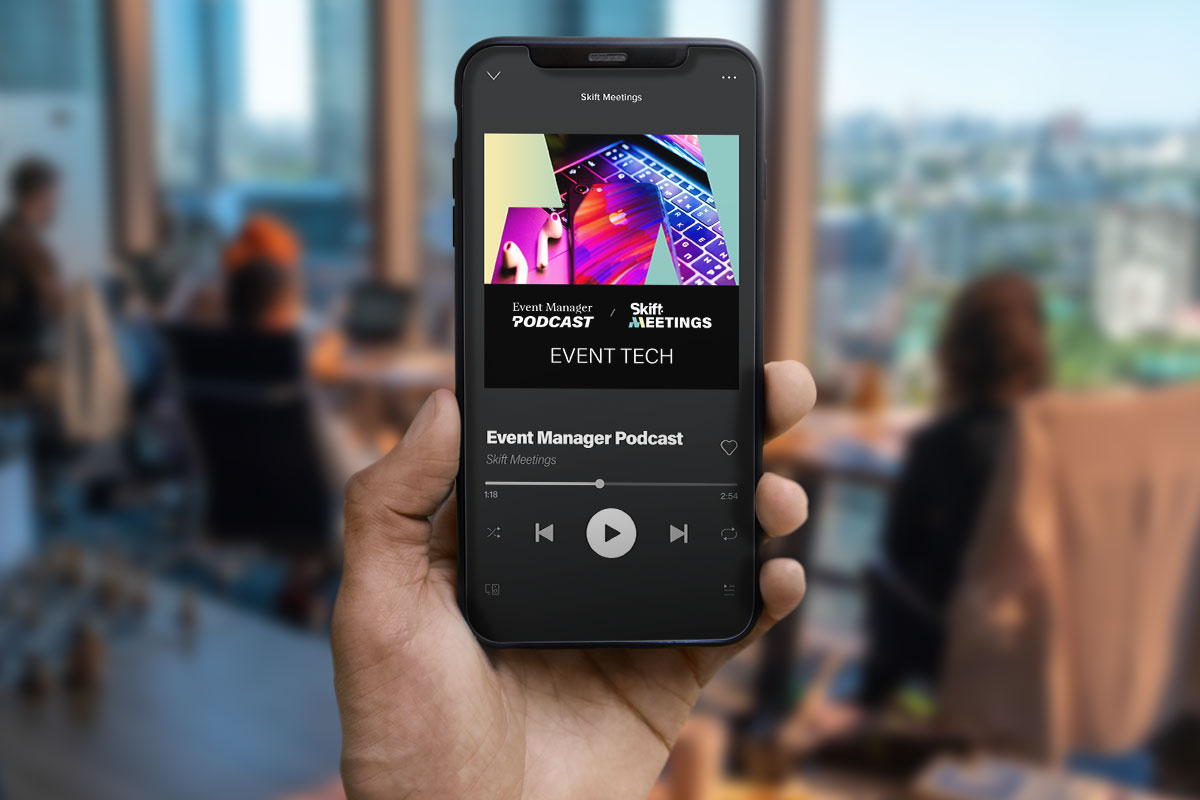 Meta Struggles to Gain Traction With Its Own Metaverse Meetings

Even Meta is finding it hard to encourage employees to use VR for internal meetings. Still, as the technology improves and users gain familiarity, it may become that standard way people to meet, train, and collaborate online.