Moz recently pivoted its 15th annual MozCon to virtual in less than three months. The goal was to deliver the same value that attendees had come to expect from the live event, and it received rave post-event reviews. Here’s how Moz did it. 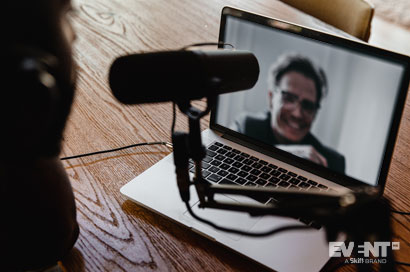 This year, like so many other companies, Moz was forced to cancel its live event and find a way to deliver value to attendees online instead. With less than three months to pivot to a virtual platform, the team at Moz set out to create an innovative experience that they could provide virtually.

We spoke to Christina Mautz, CMO of Moz, to learn more about her decision-making process, the challenges Moz faced, and how it was able to wow attendees with the end result.

Deciding to Pivot to Virtual

As Covid began to spread in Washington State back in March, Moz kept a pulse on the ever-changing local and state guidelines around public safety and events. They were determined to move forward with the event, but the virus didn’t let up, and newly-implemented travel restrictions would have limited the in-person attendance.

After much consideration and research into their options, they ended up deciding to cancel the in-person convention about a week before the governor officially banned large events in the state. “It was a really tough decision,” says Mautz, “because it’s so much a part of our brand that we felt like we’d be letting our community down.”

Therefore, cancelling the event outright wasn’t an option for Moz, and they began evaluating different virtual event platforms as soon as they knew they’d be moving to an online format — just under two and a half months before the event was supposed to take place. While still a short turnaround, Moz benefitted from making its decision as early as possible and having that extra time to plan an online strategy.

When it came to the financial implications of cancelling the in-person event, Moz did not officially announce the decision to cancel until after the restrictions came down from the state, which allowed Moz to invoke certain force majeure clauses in its contracts. Nevertheless, they opted to push certain deposits with smaller suppliers to next year instead of requesting a refund in a show of solidarity and goodwill.

Delivering a Virtual Experience on the Clock

Following the decision to pivot online, Mautz and her team were tasked with “creating an attendee experience from scratch in just under two and a half months.” The ultimate goal was to deliver a high-quality experience and to make sure that attendees would walk away from the sessions with the same value they would have gotten had they been live — even if the format had to be reconceived.

One of the main challenges Moz faced when pivoting to virtual was a common one: engagement. In Mautz’s words, “How do we take this incredible experience and make it even better to engage people online?”

MozCon is normally a three-day event, and although the virtual edition was shortened to two, figuring out how to keep people interested and engaged online for that period of time was a major focus of the planning phase. It was clear that a fresh strategy and direction would be required to pull off the online version of the event.

The event’s international audience also posed an issue. Given that they would be in their respective time zones during the event as opposed to all together in Seattle, Moz aimed to make the content as accessible and engaging as possible to all who would be attending — some of whom would be experiencing the event outside of normal business hours. As with each of its events, Moz also made all of the session recordings available to attendees following the event, which allowed international participants to view them at their leisure.

Mautz cautions that virtual events are in no way less work than their in-person counterparts — they just require different types of staff and planning. Moz’s partnerships with an event planning agency and AV provider were key to the success of the event. According to Mautz, “what people don’t realize is that there’s great potential to create virtual events that have more opportunity for engagement, but it does take time and strong art direction.”

As Moz evaluated how to approach the virtual sessions in order to deliver the best possible content experience, they came to the conclusion that pre-recorded sessions were the way to go. Mautz explains that by pre-recording the sessions, they were able to minimize technical difficulties the day of the event and add features like closed captioning.

This strategy also allowed for a more cohesive feel as the sessions were all professionally recorded by Moz’s AV partner, which sent a recording package including lighting and backdrops to all of the speakers ahead of time.

Although the sessions were pre-recorded, Moz still simulated the live experience by playing the same videos at the same time for all attendees, so the audience felt that they were watching them live. Mauz mentions one minor hiccup related to this approach: the use of the word “live” was confusing to attendees, some of whom didn’t realize they were watching pre-recorded sessions. This is something they’ll keep in mind for future events, since “live” can be somewhat ambiguous.

The event included live chat during sessions, which helped to immerse attendees in the event. Since the sessions had been pre-recorded, the speakers were available during their presentations to engage with attendees and answer questions. Moz also held “birds of a feather” breakout sessions on different topics, which were live-streamed. Each session was led by an expert on the particular topic, which ranged from technical SEO to raising backyard chickens. The attendance to these sessions was limited to 50 people to allow everyone the opportunity to engage with the speaker.

Moz’s focus on engagement also extended to its hand-picked sponsors, for whom Moz created hubs and social engagement opportunities during the event. Mautz credits these efforts with helping to preserve its sponsor revenue.

Moz also monetized the on-demand content by allowing anyone who didn’t attend the event to purchase the video bundle online.

That said, MozCon is not a for-profit event, so the goal (financially speaking) is to break even. The company managed to slightly exceed its ticket-selling goal for its virtual event with over 2,800 registrations — more than double the expected in-person attendance.

However, one of the event’s major shortcomings was backend analytics, which many event tech providers are surprisingly still missing. Such was the case with the platform that Moz ended up selecting — a limitation they were fully aware of. Mautz explains that they ultimately decided to sacrifice robust tracking capabilities in favor of some of the other features offered by the platform.

They are currently gathering up as much engagement data as possible to try to gain more insight on the event’s performance. In the meantime, the main source of feedback on the event is the post-event attendee survey, which indicated that the conference was a great success with attendees — 81 percent of respondents said that they would be likely or very likely to attend another Moz conference.

Given the success of the virtual experiment, we asked whether Moz plans to introduce these virtual elements at its next live physical event. Mautz notes that it’s too early to determine what the format of next year’s event will be, but based on this year’s survey, there’s enough attendee interest in a virtual or hybrid event that they’re exploring those options.

When it comes time to determine what’s possible, Mautz says, “I would expect that we’d watch local recommendations, but if we didn’t agree that our governor was being safe enough, we wouldn’t hold the event. We’re not going to do something that’s not safe.”

MozCon is yet another big-name event that has attempted — and succeeded — to pivot to virtual in 2020, but there are still many planners struggling to do the same. Moz has shown that with the right planning, partners, and strategy, virtual is a viable alternative to in-person events.

With the timeline for recovery still quite unclear, it’s important for planners to innovate and experiment with virtual to be able to continue to provide value to attendees and stakeholders until live events get back to normal.