IMEX Frankfurt, one of the most important trade shows in the event industry, has officially been cancelled for the second year in a row. This decision not only affects the show's stakeholders but also indicates a longer recovery for the event industry overall.

IMEX is an annual staple of the event industry, with major events in the US and Europe (Frankfurt). Both IMEX Frankfurt and IMEX America were cancelled in 2020 due to the pandemic, and the former has now been cancelled for the second time.

This closure represents a major impact to the industries and businesses it supports, but as an event giant with a history of major success and access to extensive resources, cancellation is more than just a skipped show — it signals a longer recovery for the industry as a whole.

When an event like IMEX opts to cancel rather than go virtual, it indicates the difficulty in securing an ROI for exhibitors in this time of uncertainty, but also the perception that the transactional component of virtual trade shows (even those with hosted buyers) is not viable. This doesn’t bode well for the recovery of this major segment of the industry.

We spoke to Carina Bauer, CEO of IMEX Group, to find out what prompted this decision and what it means for the rest of the industry.

Carina Bauer on IMEX Cancellation and Implications for the Industry 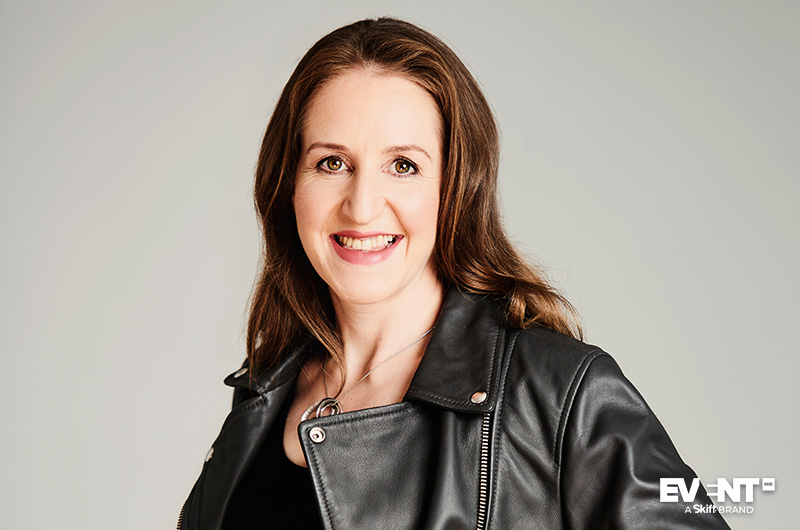 EventMB: So we got the news of IMEX’s Frankfurt’s cancellation. What was your thought process, and what changed from last year in terms of your decision-making?

Carina: In autumn, we were quite hopeful that by May the situation would be quite different. I think the extent of the second wave across the world has taken everybody by surprise. The reality is that we need to get commitments from exhibitors and buyers over the next six to eight weeks. With the climate as it is, with people not knowing if and when they’re going to be able to travel, I think that’s just an impossibility. We’ve always made decisions as early as we’ve been able to make them once we saw clarity, because we don’t want people to waste any resources if they don’t have to. And that’s kind of always been our bottom line.

It’s not just about a show being cancelled. There’s a message here for the recovery of the industry as well, because if that business is not done in May, it’s not happening at all. Even if IMEX is committed to a virtual experience, it’s mostly an educational experience rather than a transactional one. What are your thoughts on that?

You’re absolutely right, and this is a wider message on the value of trade shows. These kinds of events produce future business — it’s not just the event itself, it’s not just the direct spend. In terms of what we are going to do online this year, one of the things we’re very focused on is business connections. We’re taking a few weeks to just speak to exhibitors and buyers and see what they really want and need over the next few months online, rather than just re-working what we did before. We’re really evaluating what we can do in the marketplace to help some of these transactional conversations take place.

However, it’s not a replacement for an IMEX show, which has minimum 70,000 business appointments. Ultimately, I believe that we’ll catch up as an industry, and I very much hope that IMEX America can be a real kickstarter for people in the industry.

There’s a big question around what’s happening with destinations. Obviously, you have a lot of conversations with them — are you able to share any insights from the conversations you’ve had?

The conversations that we’ve had with destinations have been really uplifting. The destinations are staying firm — they’re telling us that they’re really committed to the show and they’re there to support us. They weren’t always in a position to say the [booth] size they would take as budgets have been affected, but on the whole, the vast majority were planning to be there.

Unfortunately, May was slightly too soon for a show of our international scale. I’m really hopeful that by May, events of different sizes — maybe more domestic, maybe smaller, etc. — will be taking place. Speaking to the exhibitors over the past three months has been extraordinary. They’re looking forward to it and they’re committed to the industry. And they’re desperate to get out there and speak to buyers.

I certainly think it will be smaller than 2019, but from what we’re hearing back from suppliers, I don’t think it’s going to be massively smaller. I think we’re pretty certain that the majority of stands will be there; we just don’t know the sizes yet.

One of the things we’re looking at now is [traffic] flow [and how to] create a lot of space for people. Certainly the show will be more spaced out than usual. That’s the key for us — hitting all the safety measures and making sure people feel really comfortable being in that environment. Another thing is how to create a really fantastic “real life” experience. We want people who do come live to have a really fantastic experience — not just a safe, sterile experience, but a safe, fun experience.

Last year was such a difficult year, learning that from scratch. We put together Planet IMEX so fast, and it would be easy for us to do another Planet IMEX and just tweak it and improve incrementally. But what we’re really focused on at the moment is how to create value in the marketplace in a way that’s unique to IMEX, so we’re just investing time in researching and talking to our different stakeholders about what they need for this year.

Especially thinking about the hope that live events will start coming back, I think the need online will start to change. What we’re trying not to do is just replicate what we did last year just because we can. What we really want to try to do is deliver value in a different way this year. We’ve been very diligent in not jumping in before we’ve really worked out what we think is going to deliver that value.

How do you see hybrid happening? Everybody says the future is hybrid, but I don’t think a lot of people are considering the implications of both technology and experience design for the event. How do you feel about it?

I think there are different ways of looking at hybrid, because for me, hybrid means that you can take experiences and content out of a real life experience and deliver those online. But in doing that, it doesn’t mean it all has to be delivered at the same time.

A lot of event professionals are going through what you just went through in terms of cancelling or pivoting. As an industry leader, what are your thoughts on what we should focus on for 2021?

It’s difficult to say one thing that’s going to be right for everybody. From an advocacy perspective, I would encourage people to really get behind the different industry associations, which is dependent a little bit on where they are in the world.

In terms of what people can do for themselves, I would encourage people to look to the future and be confident about the return of events. I do strongly believe that the event industry will come back and will come back strongly.

That said, I would really encourage people to be strategic about what skills they develop and be very deliberate about how they go about it, trying not to get pulled in so many directions. Try to decide what key skills you want to showcase and develop. I think the bottom line is trying to stay positive, because we will come through this.

When the pandemic first hit last year, many events were predicting that they’d be back up and running by the summer or fall. The recovery timeline for the industry has clearly been longer than we had hoped, and IMEX’s most recent cancellation indicates that we’re not out of the woods yet.

Trade shows have had a particularly difficult time pivoting to virtual, and the reality is that online tools may never be able to replicate the full value of these types of events. However, buyers and sellers are eager to connect again, and with mass vaccinations now underway, we can be cautiously optimistic about a larger recovery in the second half of 2021.