When your to-do list is looking a little stale and you aren’t sure how to make the most of it, we can help with these monster ways of getting it done!

We all know the secret power of to-do lists but what can we do to make them realistically useful to boost productivity? If you are feeling swamped with work, a to-do list can help you make sense of it all, keep you focused and on task and avoid that temptation for social media procrastination. These tips and tricks will you turn your to-do list into an essential productivity tool, instead of an overwhelming and scary list.

Everyone has a preferred medium when it comes to writing lists and staying motivated. For some the act of putting pen to paper and having a physical reminder makes them more accountable for getting things done, whereas others prefer the ease of a digital version. Others still swear by having a massive whiteboard or wall filled with post-it notes. Whatever it is, ensure that the method you choose is easily accessible so that you can add new tasks or make changes quickly and that you will have it with you once you have completed tasks to update it.

Ensure that you don’t jump between different mediums jotting notes down everywhere because you are bound to forget something (and it defeats the point of being organized!)

If you are constantly using your smartphone, tablet or desktop then it makes sense to use these to your advantage to store a copy of your lists so that they are accessible from anywhere. Using apps and software such as any.do, Todoist or momentum, as well as other productivity tools can make the most of your technology and resources you have to hand.

If you have a task that you keep moving each day onto your new list, address it, why is it there? If it is because you are avoiding it then aim to do it first thing in the morning to get it out of the way and you will feel more accomplished after finally striking it off. If it is a matter of it being overwhelmed then try to break it down into smaller more manageable chunks and eat away at it slowly. You should also ask yourself if it should still be on the list, if you no longer need it or it isn’t of value then get rid of it rather than letting it clutter up the rest. Once you have transferred any remaining tasks onto tomorrow’s to-do list it is tempting to throw this one away but you should label the day and keep it until the end of the week. Not only is it a helpful representation of what you have achieved but it can also act as a record for certain tasks so you don’t have to hunt around to see if certain things have been done, you have your record in one place already. Plus, ending the week by looking at everything you have accomplished can be a great pat on the back to start your weekend right!

Particularly important for those who have a lot to achieve is setting priorities for the top 3 “must achieve” tasks for the day. Have them at the top and numbering them if it’s easier so that you know the bare minimum that you need to accomplish and which tasks cannot be ignored! Prioritising can also help add a sense of urgency to your list and a self-imposed deadline which can often encourage you to work harder.

Not everything is as simple as “complete one thing, move onto the next” some tasks rely on others and need different situations in order to successfully complete them. Create an if/what potential link to those that can only be done if something else is achieved, or if you are waiting for resources in order to complete them, so you aren’t constantly trying to start things unnecessarily.

Also, your working mood and productivity can mean that some tasks could be out of the question because if you are feeling particularly tired you should avoid tasks requiring strong focus as you simply won’t get them done (or at least not to a decent quality). Instead offer alternatives so that if your circumstances change you have plenty of options to avoid procrastinating.

Things change constantly which means that it is likely you will be adding tasks, changing priorities and taking things off of your list entirely and that’s okay. Many can restrict themselves to the list and become so focused it is hard to detract from that and make changes so it is important to accept and be flexible that in the world of events some things will come up!

To-do lists require some planning to think about tasks and what or how you are going to achieve them as well as determining the priority and this is what can put some people off making them. However, setting some time aside each day, preferably each evening where you will be able to see what has been achieved that day, will help to keep you on track and turn your to-do list into a habit that doesn’t feel like a chore.

You will have projects and tasks that span several days and even weeks, especially if you are an event planner with many projects on the go, so creating several lists can help. Have a large master list with everything on it that you look at a couple of times per week to keep updated and then have event specific daily and weekly lists. This stops things from being overwhelming but also reminds you that some tasks need working on but won’t necessarily be completed in a day.

There’s a fine line between setting targets for the day and being unrealistic. Adding numerous or complex tasks which would be impossible to complete in a day and not being honest with yourself will only cause you to be demotivated later on when next to nothing from the list gets achieved. There is no point in adding a major long-term project to your list that will sit at the top, never moving. Instead add a smaller task from that project that you can achieve today and that chips away towards the larger goal.

That being said, don’t bulk out your list with easy tasks that take two minutes to complete to give the illusion that you have been overly productive as this will trick you into getting complacent and avoid the more difficult and time consuming tasks.

Have one thing on your list to break up everything else so that you have something to look forward to. You can either save it until the afternoon lull to motivate you as a reward or start your day doing something you enjoy to ease yourself into it, either way inject some fun in there and you are more likely to succeed.

This can be difficult for eventprofs but a to-do list shouldn’t have more than 6-10 things on it, particularly if you have multiple lists because aside from it probably being unattainable, it can also start to get intimidating. Keeping a shorter list can be motivating and help with productivity because you can see what needs to be done clearly and as you complete tasks it noticeably declines, whereas your achievements can be lost in a sea of things that still need to be done if you make your list too long.

If you feel you have too much on your mind which you just need to get down onto a big long list at least try to break it down into sub lists for each event and break down the most pressing tasks and the less urgent elements.

This productivity hack transformed how tasks were organized back in 1918 but it is still completely useful and relevant today. The Ivy Lee method involves:

While this sounds surprisingly simple, it helps to keep you focused and avoid the distractions that often come with to-do lists where you will choose to do the easiest off the list rather than the most important. This also forces you to be vigilant about priority and what ACTUALLY needs to get done during a day, since you only have 6 tasks on your list. If you get through your list with time to spare then revert to your master list for the week and complete some tasks from there to keep up productivity.

If you manage to only cross one thing off your list but it was a big, time consuming task that has taken you all day and you have worked really hard on it, that should give you the same level of achievement as crossing off a load of tasks at once. Crossing off small, easy tasks, although satisfying, does not always equate the same as putting in some gruelling work so don’t get disheartened and look at the quality of work over the quantity of tasks crossed off. Adding time estimates to your list can help when you are looking at a glance to better identify what to do next and avoid procrastination. If you have a small chunk of time left before your lunch break or before a meeting it can help to see if you have time to scratch something off the to-do list rather than waste time thinking about it.

Most people forget to take a second to look at their list at the end of each day or week and look past anything that is left and allow themselves to see what they have achieved. Being able to appreciate your hard work will keep you motivated and leave you feeling accomplished at the end of the day.

You now have no excuses to ensure you are using to-do lists to your best advantage with these hints and tips to make them successful and work for you. Just remember that a to-do list should be a fluid document that you keep amending and updating, just like the work around you so that it is the most up to date and useful tool you have in your arsenal. 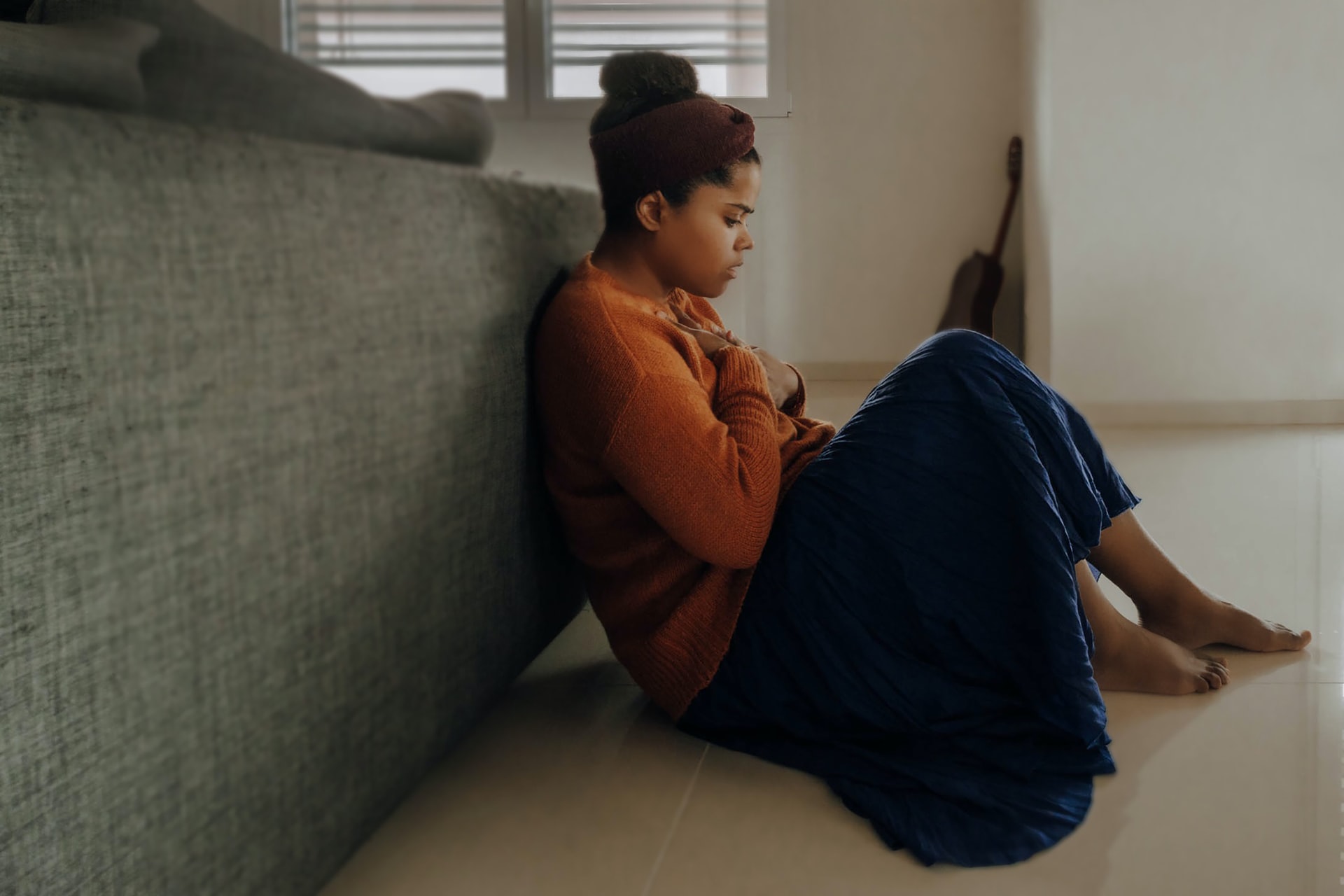