Being out of control is not something event planners enjoy. When it happens, the quicker you can regain control the better you’ll do. When an event is spinning out of control, that is not the time to pass solutions through a twenty-person board. Instead, try these solutions to get back in control.

Do your friends tease you about being a bit of a control freak? If so, you’re in good company. Most event planners enjoy creating their own worlds and inviting people to be a part of them.

But what do you do when your event is spinning out of control? How do you get things back into balance? The answer is ‘very carefully’ because when trying to get back to a balanced existence, it is important to think of the event organically and balance all parts of it.

There are a number of reasons that can cause an event to spin out of control and sadly, you can’t prevent all of them. But there are some common causes. The difference between spinning out of control and something merely being amiss is often the emotions behind it. Things like underestimations, running out of something, or not adhering to promises often spark emotional disturbances. They could be yours, your staff, or the attendees.

But the events that unravel start here and compound. Often something hits a nerve and then there’s another thing and another. The chain reaction can often be stopped early on by maintaining your cool and addressing the issue directly.  You need to get control while it’s still controllable. You must:

Recognizing the types of issues that can cause an event to go south in a hurry is a good place to start because by recognizing them, you may be able to quickly implement a procedure to regain control. These types of event issues include:

What To Do When an Event Spins Out of Control

As mentioned before, it’s emotions and the compounding effect that causes things to go south at events. But when it comes to others, the largest emotional displays come out of extreme deviations from desired or expected outcomes.

Keeping your event in control takes a little good old-fashioned customer service know-how wrapped with the diplomacy of a bomb squad. Here’s what you need to do at the first sign of a doozy. It’s not always what you think that is causing the issue. For instance, maybe your attendee has a major meltdown when she misses the after party because the event is sold out. This action in and of itself sounds like a normal day for most event planners. But be careful.

If this attendee is extremely vocal or well-connected, she may make this into a much larger issue about ticket availability and why you’re overselling. So you need to deal with the issue before it becomes something much larger.

Your attendee may not really care about getting into the after party. It may be a larger issue about inclusion that’s bothering her. She may have felt there are too many cliques at your event or she’s not getting the personal attention she deserves.

Go to the source and have a conversation with her. Tell her you’re sorry about her disappointment and would like to know more about the issue and together you can figure out a solution. It’s tempting to tell someone how you feel, but with video and social media, you’re asking to be the next United Airlines incident. Instead, take a moment to think about your own feelings and remove them from the equation. Chances are, these issues are not about you personally. You’re just the face someone chooses to yell at.

If appropriate, thank the “injured” party for bringing the issue to your attention. But don’t just give them lip service. Mean it. Now that you’ve gotten a check on your emotions and realized their anger is not about you personally, you’ll need to check your emotions (outside of empathy or caring) at your hotel room door and talk to the person/people with a goal to help, not a need to be correct.

However, communicating without emotion or bias does not mean going into a rehearsed script about how you understand and can you get the following information from them. You are not an event planning robot.

Empathize with them even if you don’t agree with them. Think about how they might be stressed by something going on at the office or another aspect of their lives. Use real words and make eye contact. Don’t look past them or watch other attendees walking by. Now that you’ve spoken with them, you can get a better appreciation for the situation and what is behind it. You should now have better insight into what they think is an acceptable solution, not to say you will do what they want you to do, but sometimes you are able to make a concession.

It’s important that they feel listened to and that you are interested in helping them. Perception is everything at this point. It’s possible to be making concessions that they feel are disingenuous, even if it’s what they want. Be careful to be a good listener and refrain from commentary other than quelling any over-the-top expectations that you know you can’t meet. If you know early on in the discussion with them that you can’t do what they are asking (like comping them tickets for the rest of their lives because they ordered the vegetarian plate and you ran out), communicate it to them early. It’s tempting to alleviate the stress of a direct confrontation by saying something like, “I’ll see what I can do.” But if you already know you can’t do what they’re asking, be upfront and offer another solution.

If the issue is valid and something occurred because of an error on your part, admit it but don’t explain it away with things that don’t matter like, “I’m new” or “I’ve been so busy. I let this thing get past me.” Frankly, those are just excuses and they’re excuses that the aggrieved party doesn’t care about. If anything, excuses just become social media fodder.

Take responsibility for a mistake. Admit your culpability and how this is not the type of service you pride yourself on.  If there was a logical, good excuse share it. If not – and being new isn’t a good excuse – keep it to yourself. 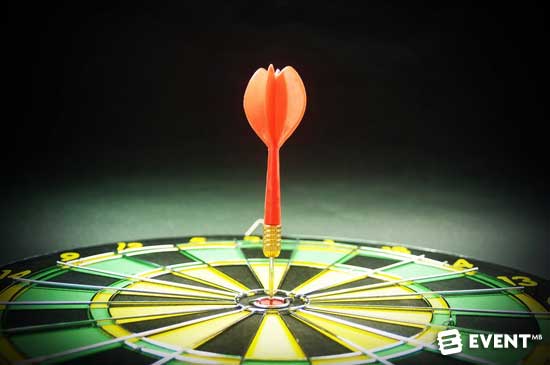 At first glance, this article seems largely about addressing customer service issues but many times the things that take events down, make them spin out of control, start as simple customer service blunders. Let’s think again about United Airlines and how security removed a passive passenger from an overbooked flight. At the root was a simple problem. United needed the seat. The customer didn’t want to take a later flight. The issue escalated and the altercation turned physical. The video tried the airline in the court of public opinion. You don’t want the same thing happening to you and your event.

Address issues as they come up, assuming that any disgruntled person could turn their dissatisfaction into a major campaign against your event. Most of the time, it’s the little guy who comes off as the injured party, not the event planner. Let’s face it. Social media audiences love an underdog and as the party representing the well-funded event, you will never be the underdog.

Firmly establish and communicate the steps you will take to remedy the situation. Be specific about how it will happen and what they can expect. Allow them to ask questions and ensure they understand it. Never add anything in the steps if you wonder if you can do it. Under promising and over delivering is preferred to overpromising and under delivering every day.

Also, be specific about when and where. Don’t tell them you’ll call them. That window is way too large. Tell them when, such as “within 24 hours.”

Things That Can Quell an Event Issue Before It Starts

So far we’ve addressed how to handle issues once they become one but here are a few things you want to avoid (or do)  to minimize the chance of epic event issues.

The best way to handle an event that is spinning out of control is to recognize the potential for it in the beginning. The quicker you can get underneath of it and expose and solve the issue at hand, the better off you will be. With social media and the Internet, things unravel pretty quickly. Shortening your response time and improving communication helps as does transparency.

In event planning, hindsight is 20/20. Have you ever wished you handled a crisis differently? Let us know in the comments below.

Additional Reading on Gaining Control of Your Event

5 Steps for Navigating a Social Media Crisis at Your Event

Protecting Events and Attendees from a Terror Threat

13 Tactics for Event Planners to Stay Calm in All Situations

How To Create the WOW Factor in Event Customer Service

Why Complaining Doesn’t Get You Anywhere in Events