Is bigger better? Not always when it comes to events. Small events offer several things larger ones can’t. Find out how you can captivate a smaller crowd with these popular examples.

Size matters but bigger is not always better. At least not when it comes to events. Sure, giants deserve their due and managing them can lift event planning and coordination to an art form, but there is something to be said for intimate venues and small events. Here are several events that enjoy almost a cult-like following along with what makes them so special.

Festival No. 6 is billed as the UK’s “most unique” festival. The magic begins in its setting, the lovely Italianate tourist village of Portmeirion. This boutique music and arts festival allows creatives to present their work in an intimate setting that is both inspiring and sophisticated. The ambiance makes it feel like a group of traveling minstrels, artists, and fairy tale weavers just happened upon the spot serendipitously. It lacks the over commercialization of large events and festivals. Attendees stay in a range of accommodations from whimsical tipis to castles and cottages. Most think it is an unforgettable experience.

The draw: magical setting and ambiance. 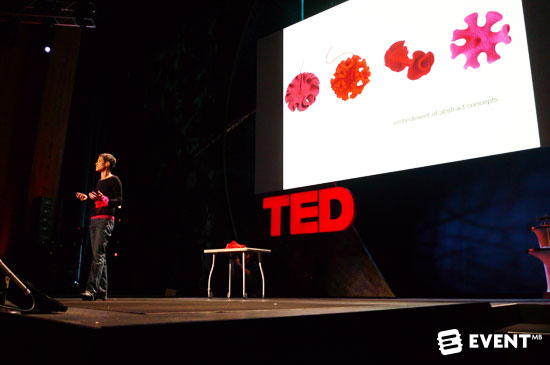 When it comes to small conferences, many business people argue that the smaller the conference, the better the networking. This is especially true at a TED Conference. In order to attend you need to apply for membership. This membership comes with entry into a private online Facebook community and enrollment in the TED Book Club. Standard membership is $8,500, yet TED has no problem selling out. TED has also spun off into issue-specific and special events such as TEDWomen, TED-Ed Weekend, TEDFest, TEDSummit, and TEDYouth. The amazing part of the TED program is that even after they  have offered their content for free all over the Internet, people still clamor for those pricey tickets. TED is an example that membership is alive and well.

The draw: to be among innovators and great minds.

One way to stay small is to host an invitation-only event. Held four times a year or more in major cities throughout the U.S. the famous business publisher brings together “50-100 senior executives, policymakers and thought leaders in cities across the country for a morning of insight, revelation, and networking” in its Leadership Event Series. The exclusive invitations to this event are coveted by some of the world’s top business leaders. The WSJ also hosted an invitation-only dinner series to discuss its Women in the Workplace Study in which it partnered with Sheryl Sandberg’s Lean In organization and McKinsey in 2015.

The draw: one word – exclusivity.

A fun boutique-size music festival, Shindig Weekender was held at a secret location near Bath (released only to ticket holders, initially). It’s hosted by Ghetto Funk, a relatively new British record label, and its known as one of the best three-day parties of the late spring season. But don’t be intimidated to bring the family. There’s a kid’s section with storytelling and a circus show. Shindig Weekender remains a popular music festival because of its intimacy and family-friendly atmosphere. Everyone knows that when you have children a large part of the party is over, but not at Shindig Weekender.

The draw: the best party you can take your kids to. Expect the unexpected in this tiny town in Texas. The Marfa Film Festival draws about 2,000 people to the area which doubles this town’s population. These innovative feature films, shorts, music videos, and experimental work aren’t shown simultaneously like many of the larger film festivals. They’re shown one at a time over a five-day span so you can enjoy every one. The festival kicks off with an early bird pool party. You can also catch classic films (like Giant that was filmed there) on a blanket under the stars. While there, ask people about the Marfa Lights.

The draw: the desert setting mixes with avant-garde films in a beguiling way.

Freerotation Festival is an annual music event held at Baskerville Hall in Wales. While the event could be wildly popular and draw much larger crowds, that would mean moving its location and the organizers are happy to stay put. It’s a member festival and members can only invite one person each per year. The other tickets are available by lottery. The organizers also keep an even mix of men and women.

The draw: hard to obtain tickets. Social Fresh is a small social media conference targeted towards marketing professionals. The organizers purposely keep the numbers of attendees down so that all the learning can happen in one room with the same group of people and many dynamic session leaders who have 30 minutes to present. There are also no panels so all speakers must be on when they’re on. They do this for networking purposes so that attendees really get to know one another instead of shuffling between rooms and tracks.

The draw: intense learning and great networking opportunities because of its size.

Okay, Secret Island National Festival is the last festival we’ll feature. Promise. It’s just so unique, it has to be mentioned.  It’s a four-day Berlin-style techno party hosted on a Utopian micro-state entitled “Sweutchland” where the native language is dance and lots of it. Buy your citizenship…errr, tickets….early as it’s limited to 450 guests.

The draw: a Utopian world, if only for a few days.

Forbes Summit Group, 30 Under 30, Tel Aviv and Other Locations

This event brings together the greatest young entrepreneurs and game changers in the U.S., Europe, the Middle East and Africa. It limits participants to 200 from each area “culled from Forbes 30 under 30 lists.” 2016’s event was held in Tel Aviv, which has more startups per capita than Silicon Valley. Not only did it have a limited number of participants, those participants had to have had a limited number of birthdays.

The draw: to be among the top of your generation.

These events have chosen to stay relatively small even though they could open it up to much larger groups of attendees. If you’re considering expanding your event, think about what makes your group special. Is it tied to size? Will you lose some of the magic if you expand or change location? The concept is worth exploring and if, ultimately, you decide to remain small, know that you are in good company.