Cirque du Soleil is a magnificent spectacle that reinvented how people view the circus. Here’s what event planners can learn from it.

Get your hot peanuts and popcorn here.

Is that what you think of when it comes to the circus? Maybe it’s elephants wearing tiaras or lion tamers in red sticking their heads into the mouths of beasts. Or maybe you think of that one season of the television show American Horror Story.

But if those are your conceptions of the circus, you’ve never been to a Cirque du Soleil show. Cirque retains the amazing acrobatics of a traditional three-ring circus but that’s where the similarities end. 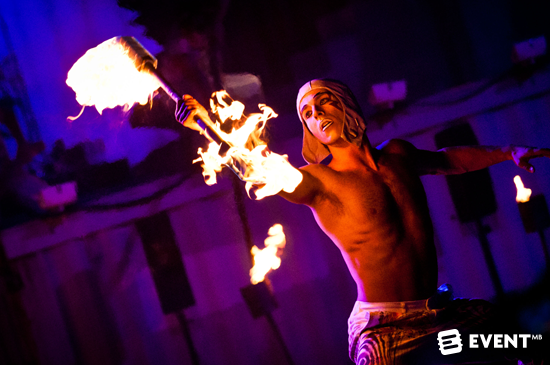 Cirque du Soleil shows have been seen by over 150 million people around the world, something that took Barnum & Bailey over 100 years to achieve. With 20 shows currently running across four (permanent performance) cities and on tour, there are Cirque shows for every taste. Some pay tribute to rock legends, while others portray a “Cabinet of Curiosities.”

The remarkable part of what Cirque’s creators were able to do is turn around a fading circus industry that was losing children to more exciting things like Pixar movies and video games and reintroduce it as an entertainment experience.

How has Cirque du Soleil reinvented the circus? It wasn’t as deliberate as you may think. They merely had a vision of what they wanted modern circus to be. Reinvention is what happened along the way. It was named after the sun because one of the original performers, Guy Laliberté, said: “The sun symbolizes youth, energy, and strength.” Youth and energy were a far reach from traditional circus acts that often relied on unusual medical conditions and animal acts for attention. Cirque’s branding was unique and experimental.

Their original performances were held in the street, which means the performers learned early how to hold the audience’s attention. If they didn’t, their audience moved on – literally. Traditional circuses focused on multiple things going on at once, all competing with each other. Cirque created a fluid design where the individual performer was lost and became part of the bigger creation.

More movie surrealism and less big top helped distinguish Cirque’s shows from its circus roots. Lavish scenery and lighting effects are what it’s known for and anything less would disappoint the crowds that have come to know its shows for their dreamlike qualities. While Cirque founders insist they did not seek reinvention of the circus, they merely had their own ideas of what the circus could be, they took their American audience by storm in 1987 when they boldly named their show, “We Reinvent the Circus.” Their unique theater in the round style incorporated audience participation, something traditional circuses weren’t doing outside of clowns pretending to throw water on the attendees.

Spark the Imagination and Ignite the Senses

Cirque is visually stunning. It’s also an experience and thrill for the ears. The mind is captured by the theatrics. The creators aren’t satisfied to thrill one sense. They want to capture them all.

Many people may not realize it but this entertainment company has a casting division in Montreal where people can come in and present their acts or ideas. Sometimes performers come up with acts and they try to get co-performers to support them. They workshop the performances until others share their visions of making them a reality. In addition to creating their own unique experience, Cirque has several shows that reimagine the works of famous artists as in the case of their Michael Jackson and Beatles productions. As the Senior Director of Show Quality, Pierre Parisien, told Forbes magazine reimagining the works of the great artists is a different experience for them. It reverses the way they create their shows. He said, “…in our shows the composers will write the music inspired by the acts in development. With The Beatles Love and Michael Jackson One we did the opposite. We created the acts inspired by the rhythm and the images coming from their music and universes.” This sort of reinvention keeps things exciting from a show perspective and a creative one.

The company constantly reviews the shows in residency (those in permanent locations) as well as its traveling pieces. They want to “maintain a living art piece and not a museum piece.” Their drive to give the audience something fresh and innovative while maintaining these long-running shows requires consistent review of artistic relevance, not to mention stage replacements if a key person leaves to pursue other opportunities. While they add new shows with new story lines, they also continue to evolve their existing shows.

Behind the Scenes Magic In a production of this magnitude, the backstage choreography is almost more important than what’s happening on stage. If something is amiss backstage, it can tie up the entrance of members and that timing is critical to the entire show. Unlike a traditional circus where performers simply parade out to their ring, Cirque requires amazing backstage planning. Event planners can identify with the type of work that is so integral to an event but if it’s going the way it should, it will hardly ever be noticed.

There’s a lot of technology used in the show and the coordination of it is important. If there’s interference in the way engineers or lighting people talk to one another, someone’s life is at stake. They have employees who monitor the airwaves to ensure all communication is running efficiently and without interference. Circuses of old just had to make sure all the acts were there and accounted for. Cirque du Soleil was ahead of its time in that what helped them reinvent a lagging industry was audience participation and creating an audience experience that surprised and delighted. Their innovative views of what the circus could be have kept their shows going strong for over four decades.

Event planners can take some lessons from this magnificent stage spectacle. As Cirque’s website reads, “we invoke the imagination, provoke the senses and evoke the emotions of people around the world.” That seems simple enough, doesn’t it?