Back in the early 80s, there was a popular commercial and slogan, “Is it live or is it Memorex?” The premise was that the quality of the videotape (yes, that was a thing) was so good that you couldn’t tell whether something was live or taped. While that may have been a little stretch at the time, today, that question is more applicable than ever with a technology called “mixed reality.” 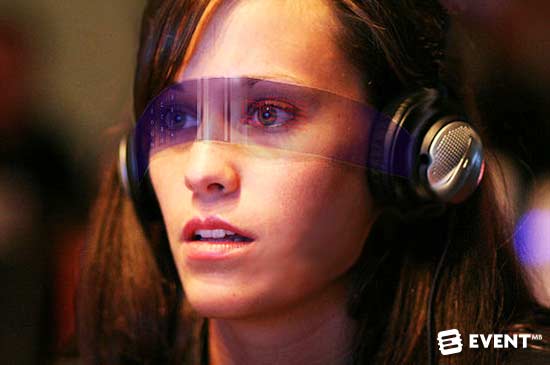 Mixed reality, often referred to as hybrid reality, combines real-world experiences with people in non-real or virtual situations. In the event industry, it has some very interesting applications. We see it in remote, virtual audiences and forms of augmented reality. If you haven’t seen it yet, you can expect to see it soon.

When there’s an actual conference occurring and it allows for remote attendance in a virtual expo hall or virtual attendance as part of the sessions, that’s an example of mixed reality. Virtual events are currently a top trend in virtual reality. The School Nutrition Association hosts a virtual expo hall. While the hall is open for three months, visitors for the first three days of the event can “speak” with vendors during scheduled hours. Visitors to all 37 booths are registered for a chance to win a national conference ticket. Bringing groups together is difficult when it comes to building cohesion with remote and physically present individuals. Many companies struggle with this and events can too. The virtual attendees sometimes feel like Patrick Swayze in the movie Ghost, able to see things but not really making a difference in the physical realm. Remote interaction uses technology to give remote attendees a more visible presence. These wearables contain sensors that map the physical environment and create a holographic display. There are some very interesting applications for venues as users can pin these holographic images to physical objects. For instance, a venue coordinator could help event planners see a layout to have a better appreciation for the space. Chairs could be rearranged, items moved, and different flows experimented with in a virtual space with 3D walkthroughs ahead of booking. Here are a few interesting ways architects are using it. 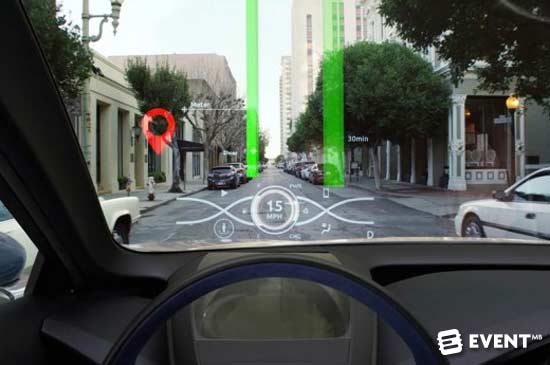 Augmented reality can be used to add important information in front of a user’s view where it is most helpful. Fighter pilots use this technology when information from the gauges below their line of vision is projected in front of them. This same technology could be used for conference signage or agendas at events. No one would ever be lost again.

There’s a new invention still in the prototype stage that is tricking human taste buds into perceiving something is sweeter or saltier than it really is. The gadget is called the Taste Buddy, and while you can’t just run out and buy one today, it’s implications for the future are certainly interesting. If the technology evolves so that it could be placed on a fork, we could trick people to eat healthier and the cheap, rubber chicken dinner could taste like a steak.

Photo ops are all the rage at events. From booths to cut-outs you can use this engagement tactic on any budget. But you can also up the ante with mixed reality photo ops. Best Buy commissioned an interactive photo booth at the Montreal Bell Center where visitors could see themselves in a hockey uniform and mask on their very own trading card. They could then share the results directly from the photo booth on Facebook. No printing out pictures or getting everyone’s email to send them later. This type of mixed reality is hardly new. If you’ve ever played a Wii or the Xbox Kinect, you’ve used it. This technology allows your real-life gestures and movements to affect your virtual game life. It can be used in a virtual expo or other interactive virtual reality situation. It can also bring a lot more fun to a simulated environment for learning.

Imagine attendees watching Abraham Lincoln give the Emancipation Proclamation “live.” Would that draw a crowd at your next event? No longer do you have to choose from speakers who are still living. With a virtual reality situation, you could create an interactive VR model of any historic figure in any symposium. History could be a very engaging experience, not to mention the unique value proposition of having a speaker that no one else has because he’s been dead for over 150 years! While virtual reality can transport you anywhere, augmented reality could help you see it as it was with a graphical overlay on real terrain. For instance, a conference for British Literature professors could visit London and not only enjoy the modern city of today but go on an augmented reality tour that would allow them to see how things were in a beloved time period as an overlay so they could enjoy both at the same time.

Mixed reality is a blend of the world we live in enhanced by technology that brings an added dimension to what we are seeing, feeling, and tasting. The applications within the event sphere are incredibly interesting. At 2016’s SXSW, virtual reality was all the rage and at this year’s Consumer Electronics Show tech pundits were touting virtual and mixed reality as one of the biggest factors that would change the everyday human experience over the next decade.

You can expect that over the next several years we’ll develop more sophisticated sensors that will continue to alter all sorts of our experiences. This will be an interesting topic to watch.