A last-minute switch by the Institute of Electrical and Electronics Engineers (IEEE) to select Calgary, Alberta as the destination for its International Conference on Acoustics, Speech, and Signal Processing, showed the destination’s flexibility of offerings and agileness. What was expected to be a smaller turn out due to the change, became one of IEEE ICASSP’s best attended conferences in many years.

IEEE’s International Conference on Acoustics, Speech, and Signal Processing is a technical conference of approximately 2,200 engineers from 43+ countries. The large percentage of attendees holding Ph.D.’s (65%) makes this audience unique in its requirements and expectations. The remainder of the audience is comprised of students and engineers without their doctorate.

The group is the world’s largest technical professional organization dedicated to advancing technology for the benefit of humanity and innovating for a better tomorrow. IEEE and its 423,000 members in over 160 countries inspire a global community through its highly-cited publications, conferences, technology standards, and professional and educational activities.

IEEE decided to change the destination of its 2018 conference six months before its opening. Given the timescales and the scale of the event, they needed a new destination group that was extremely flexible, organized, and accommodating and able to work with the event planner, Conference Management Services, and the event planning committee.

A major concern of a last-minute destination change is always attendance. Would it be affected when the destination was announced?

Calgary and the Calgary TELUS Convention Centre was chosen over other options because of the flexibility of the offerings; the willingness of the city and the CVB to support last-minute needs as well as the general compelling nature and reputation of Calgary. Six months before the event the destination for the event had to change
Calgary, Alberta hosted the IEEE International Conference on Acoustics, Speech, and Signal Processing
The event ran over five days from April 15-20, 2018
It attracted over 2,200 engineers from 43+ countries
The theme was Signal Processing and Artificial Intelligence: Changing the World
IEEE experienced a record number of papers and session leader applications for the 2018 conference The objectives of the International Conference on Acoustics, Speech, and Signal Processing were to: The biggest challenge for this large event was that only six months before the event was set to happen, IEEE had to move its international conference location. This put significant additional pressure on the event planning team, worried if all the details could be managed in time. Was there enough planning time to make a switch involving an international community?

Moving an event of this size at the relatively last minute posed not only an organizational challenge but also concerns over whether people would attend.  When drawing attendees from over 43 countries, location deeply affects attendance.

While attendees and conference organizers had heard of Calgary, it was not a destination they were familiar with from a conference perspective.

The planning team wondered, would the unknown serve as an incentive to attend (something new) or would attendees shy away from a destination they knew little about?

Once the decision was made to move locations, IEEE compiled a list of four possible international relocation sites.

For each site, they collected and compared information about:

They also evaluated the ability of the potential host city to quickly respond to a last-minute change–and the willingness of the Meetings + Conventions Calgary staff to support their needs. Flexibility and agility were critical to their efforts.

The executive committee of the IEEE society met, considered the data, and selected Calgary. 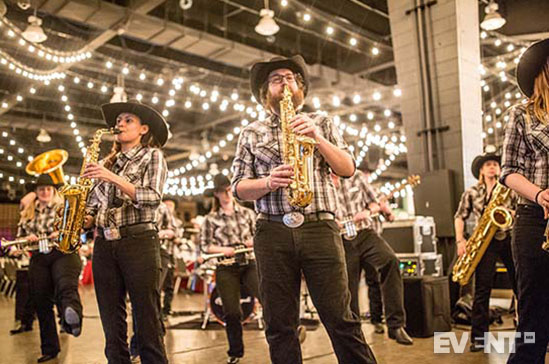 Event planners are often looking for the basics: transportation options, venues and hotels that are large enough to accommodate their group and innovative enough to handle their tech requirements, and a destination their attendees will enjoy exploring. But planners don’t work in a bubble. Relationships with the people involved are also extremely important.

Here’s what Calgary has to offer and why IEEE selected it:

IEEE wanted easy access for its global attendees. The Calgary International Airport (YYC) is a convenient 20-minute drive to Calgary’s downtown meeting venues. As a western Canadian hub, it is the 3rd largest and busiest airport in Canada. Calgary is easy to access, within one-stop of many global destinations, and offers hundreds of direct flights to US cities daily.

Bringing in a group from 43+ countries means there’s a need for hotel rooms. Calgary has over 14,000+ guestrooms. Many of the hotels are Green Key certified.

Calgary provides over 1.2 million square feet of meeting space with several LEED and BOMA Best approved venues. There’s also flexibility with large meeting space that can be portioned up into smaller spaces aimed at connecting and networking.

Above all, Calgarians are known for their hospitality and going the extra mile for their guests, which helped the IEEE meet the needs of their attendees.

Once the decision was made to move, a secondary challenge cropped up and it created a moment to impress. There was a desire to provide assistance in addressing specific, individual needs of attendees. While these needs were not part of the conference programming or planning, being able to be of service to them could make a big impression and affect their ability to travel.

Calgary: The Destination at a Glance Professional sharing and networking were critical to the IEEE. Their event consisted of several large tutorials on the first day. The rest of the week followed the schedule of a single keynote each morning followed by multiple podium or other types of sessions. Each day also hosted several poster sessions.

The spaces at the Calgary TELUS Convention Centre were large and flexible enough to accommodate the entire group for the keynotes. Plus, the group wanted adequate smaller spaces to host the various breakouts and other sessions. They wanted those spaces to feel inviting and facilitate connections.

The client was impressed with the venue as the facility lends itself to conversation, promoting interaction and talking. CTCC, while large, feels intimate and encourages people to stop and connect. There were many spaces where attendees naturally congregated and interacted. 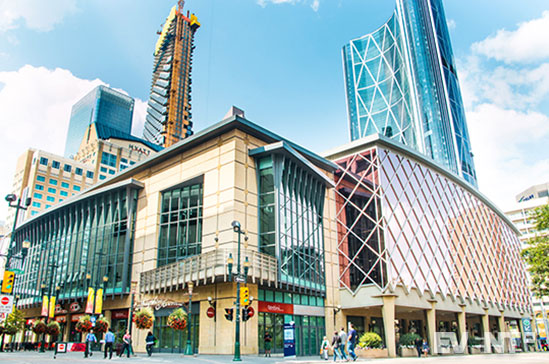 Meetings + Conventions Calgary worked extensively with IEEE to alter and adapt the conference plan, as needed. Attention to detail was important to them and no detail was overlooked. Calgary provided feedback, guidance and appropriate introductions to needed points of contact at various facilities around the city to make the transition as smooth as possible.

Since IEEE relocated the conference approximately six months before the event, creating and executing a workable plan was a challenge with many problems arising. This required a meeting destination that was flexible and solution-oriented. As part of the selection process, IEEE investigated multiple options/solutions to each need. Thus, they used primary and fall back contingencies when working with Meetings + Conventions Calgary. Calgary also helped them solve peripheral problems so that they could shine. These were some of the biggest concerns faced by IEEE and how Meetings + Conventions Calgary worked with the planning team to overcome them:

One side issue that arose was the delegate need for childcare. While IEEE had no plans to provide this service for attendees, they were able to work with Calgary to secure a few references that these parents could investigate on their own. This helped make travel possible for some attendees and allowed IEEE to help in taking care of members’ needs.
Another area where Calgary helped IEEE meet attendee needs was at lunch. Lunch was not provided as part of the conference. This allowed attendees to arrange for their own connections and networking but they were in a city that was unfamiliar to most of them. Not only did Meetings + Conventions Calgary provide a quick map/reference for the area to make sure attendees could find what they were looking for, Calgary also passed along discount coupons.

IEEE promoted Calgary on its site while the Meetings + Conventions Calgary group created a special “micro-site” for the conference. Through the micro-site, they showcased some of the unique characteristics and compelling features of Calgary. Sharing images and things to do, built interest and helped ultimately increase attendance.
Initially, IEEE was concerned about the possible negative effect on attendance and the ability to garner local support for the conference due to the “last-minute” destination switch. They anticipated a 20% decrease in attendance and were willing to accept that as a consequence of a last-minute change. Contrary to their early beliefs, they actually achieved a +3% attendance increase compared to the last several years.

Calgary was a good draw. The staff at the CTCC facility and Meetings + Conventions Calgary identified alternative options for issues that arose. They understood IEEE’s needs and always had ideas on acceptable solutions. For example, when the conference had a session that “outgrew” the room, they were able to move it with no problems, even very close to the start time of the conference. This sort of flexibility exceeded expectations and ultimately made planning much easier, reducing stress levels.

The Meetings + Conventions Calgary team, along with the CTCC group, were very accommodating in addressing these unexpected changes and were focused on the needs of the conference. IEEE made a last-minute change to their conference destination and selected Calgary. Due to the change they were concerned attendance would suffer. By working with Meetings + Conventions Calgary, they were able to market the new location and showcase all that it had to offer. The flexibility of the Meetings + Conventions Calgary staff and their focus on conference requirements, allowed them to help IEEE address peripheral attendee needs and shine for their guests. IEEE exceeded their attendance expectations and proclaimed the “conference was a huge success.”