Event security is serious business these days. Here are ten events that make it a top priority.

Today’s event planners need to think about safety on multiple levels. There are the growing concerns around physical crowd safety but that’s not the only thing event managers need to be on top of. Cyber security and data safety, as well as health safety (from daily medical concerns to viruses to epidemics), are big business these days. Here are a few events that take these levels seriously.

Pasadena’s Rose Bowl is preceded every year by the spectacular Tournament of Roses Parade, which features floats adorned with roses that drive a 5.5-mile path. In 2015, it was designated a top security concern by the U.S. Department of Homeland Security. According to Reuters, the event employed “rapid response teams along the parade route, dozens of video surveillance cameras, bomb-sniffing dogs and radiation-detection devices.”  The event attracts about 700,000 with 90,000 attendees at the game. 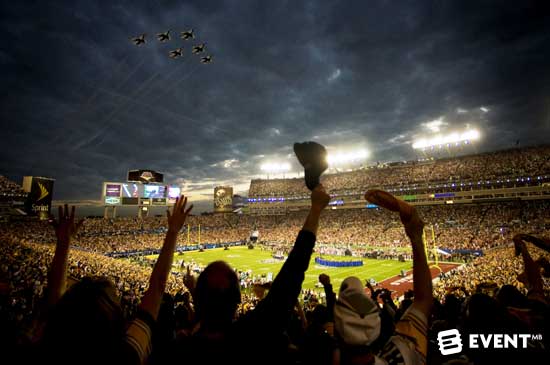 Security for the big game is always a huge deal but there was a drastic change between 2016 and 2017. The 2016 game made sure security was visible with police in combat fatigues and carrying assault rifles. In Houston this year, security was a little more inconspicuous with many plain-clothed enforcement. 60 local, state, and federal agencies coordinated efforts to ensure there wouldn’t be an incident at the game or surrounding the stadium. It’s also a no-drone zone. They used 800 volunteers to be the eyes and ears on the ground and in the crowds.

Imagine heading up security at an event when looking suspicious was part of the fun for most attendees. Like the Super Bowl, local, state, and federal security gets involved with Comic Con. With nearly 200,000 attendees, security is paramount. As Lt. Paul Connelly with the San Diego Police explained about the 2016 event,  “We will have numerous officers in uniform on foot, on bikes and in patrol cars and helicopters. We’ll also have a large [number of] undercover officers to make it a safe and successful event.” But the security is not just about the event. It spills over into public transit as well. The event has been on higher alert since the Boston Marathon bombing in 2013. 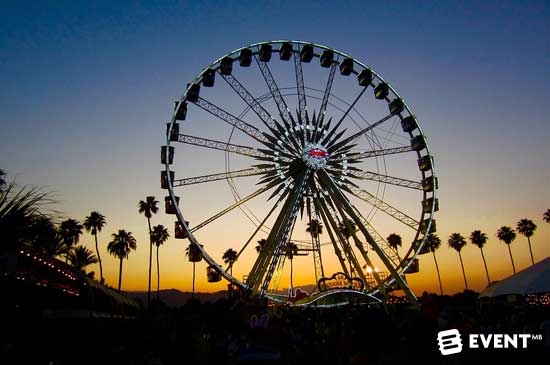 This music and arts festival begins planning security 10 months before the event opens. The City of Indio requires the promoters to have a safety operation plan addressing police, fire, and medical needs. They include contingency plans for everything from natural disasters to active shooters. In the past, there have been few incidents, but a couple of years were marred by presumed overdoses of attendees. Still, managing nearly 100,000 people in the desert requires a lot of planning, including adequate water and cooling stations. When people get hot, they get hot. Not only is it a health concern but a public safety and security one as well.

In 2016, the interactive film and music festival featured a day-long Online Harassment Seminar and the Austin police were present. Attendees to this seminar were subjected to thorough bag checks, reminded to keep their bags with them, and any inappropriate behavior would result in the participant’s removal. They took security very seriously after the threats of on-site violence erupted from the announcement of the “Overcoming Harassment in Gaming” panel, which they ended up canceling due to those threats. The DEF Con (held in Las Vegas this year with no pre-registration and cash only at the door) has a very different view on security. This gathering of hackers takes security very seriously but they’re not referring to event security. They mean data security and it’s how they make their living. Every year they show exactly how vulnerable a lot of our technology is. For instance, in 2015 they hosted a drone hacking contest. Our interest in wearables and the Internet of Things gives this group fodder for showing us exactly where our vulnerabilities lie.

Any Major Event in Singapore

No, this isn’t a joke. In 2017, the Singapore government is expected to enact laws that will increase security for major events and buildings in that country. Under these new laws, businesses will be required to adopt “certain measures” such as revamped technology. New large-scale buildings will also have to go through a security design phase. The Immigration and Checkpoints Authority has already started collecting iris scans in the hopes of curbing terrorism activities.

The Democratic and Republican National Conventions

Not surprising security would be tight at these events. Not only do they draw large crowds but they also evoke strong emotions on both sides, and not always happy ones. These conventions are considered “National Special Security Events” as designated by Directive 62. Super Bowls and State of the Union Addresses also fall under that clandestine-sounding directive. In addition to the Secret Service and bomb-sniffing canines, you might catch a glimpse of an occasional sniper or two. Not your ordinary event. Many events take security among attendees seriously but the events listed in this articlepost generally involve the public as well. When the NSS came to DC in 2016, it included week-long road closures and things like bag and ID checks for pedestrians walking near the event. With world leaders in town, no one wants to take any chances. But if there’s any city used to that level of exposure it’s inside the Beltway.

This annual event in Las Vegas draws a very large crowd. In addition to hundreds of technology vendors, tech gurus, and eager early adopters, you can expect bomb-sniffing dogs and police officers. Bag checks and limitations, metal detectors, and random searches are also part of what the Consumer Technology Association has put in place to ensure attendee safety.

Security is a major concern for today’s event planners. Large crowds can make your event a target and cramped quarters and poor flow can incite fights among attendees. There are also concerns over data security and health safety. That first-aid kit just isn’t enough. Ensuring your event is safe for all attending is important.

Operations at these ten events really do take attendee safety seriously. Which events have impressed you the most recently in terms of their comprehensive approach to security? Please share in the comments below.

Protecting Events and Attendees from the Terror Threat

Event Website Data Breach: What Event Planners Can Do to Mitigate Risk

Terrorism and Events: What Event Planners Need to Know